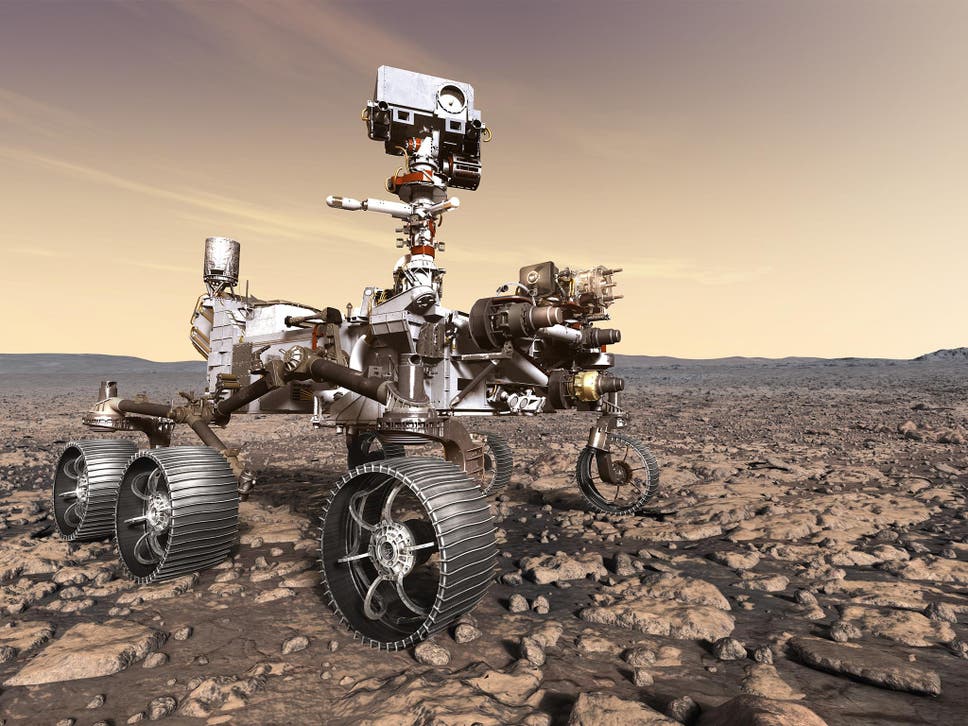 A bold plan to send a rover to Mars to collect rocks and then fly them back to Earth is taking shape as part of a joint project between Nasa and the European Space Agency (ESA).
The $7bn (£5.5bn) plan recently won support from authorities at Nasa, and this week the member states of the ESA are expected to give their backing to the plan too.
The complex trip, known as “Mars Sample Return”, will ultimately aim to bring back just half a kilogram of rocks to Earth, and will take more than a decade to achieve.
But scientists believe the colossal effort could be worth it as it will provide the best chance for in-depth analysis of rocks from certain parts of the planet, which could reveal whether there has ever been life on Mars.
The plan requires no fewer than three heavy rocket launches from Earth to achieve, as well as the first ever rocket take-off from another planet to launch the return journey.
“It’s as complicated as sending humans to the moon,” Brian Muirhead, lead MSR planner at Nasa’s Jet Propulsion Laboratory in California, told Science magazine.
In addition to using the rocks to search for clues of life having developed, geologists will also be able to learn more about the past environments of the red planet, which previously had a thicker atmosphere and liquid water on its surface, like Earth.
The whole project will piggyback on the existing Mars 2020 rover mission, set to launch in July.
The car-sized rover will touch down near Jezero Crater, a fossilised river delta in Mars’ northern hemisphere, thought to be 4 billion years old.
With its six wheels and suite of high-tech instruments, the rover will scour the surrounding rocks for evidence that alien microbes once lived on the red planet.
For the Mars Sample Return project, the rover will drill into the rock and then store cores in purpose-built tubes, which can then be stored within the craft, or cached for later retrieval.
In 2028, a second craft will be launched from Earth and land on Mars. This will then find the samples and load them into a rocket.
The rocket will be fired from the surface of Mars, up to a satellite in orbit around the planet. The craft will then return to Earth and the samples will be ejected and are forecast to crash down in the desert in the US state of Utah in 2031.
In total the ESA contribution will be around €1.5bn (£1.29bn) over 10 years.